Important Message
To comply with UK Government Tier 4 regulations our showroom is now closed for viewing. Cars can be still be ordered and delivered via a “Click and Collect” or “Click and Deliver” arrangement. The business will be fully staffed and preparation work on all cars will continue. Cars can also be reserved on the website by using the new “click to reserve” button on the vehicles stock page. For further details call 01429 836029 or email dave@vineplace.co.uk

Vine Place are one of the UK's premier Nissan Elgrand Dealers.

Established in 1988 and started importing vehicles in 1996, the Nissan Elgrand has become one of all-time favourite Japanese Imported Vehicles. We find the Elgrand is super to look at, reliable, fun and a great all round MPV.

Nissan Elgrand's come in many different configurations. There are a vast range of models and in each model, there is 4 wheel drive, 8 seats, 7 seats, reverse cameras, front cameras, rear screen, DVD, and lots more. Add to that the series 1, series 2 and series 3 and it gets confusing. Don't worry! We'll be happy to explain the full range. 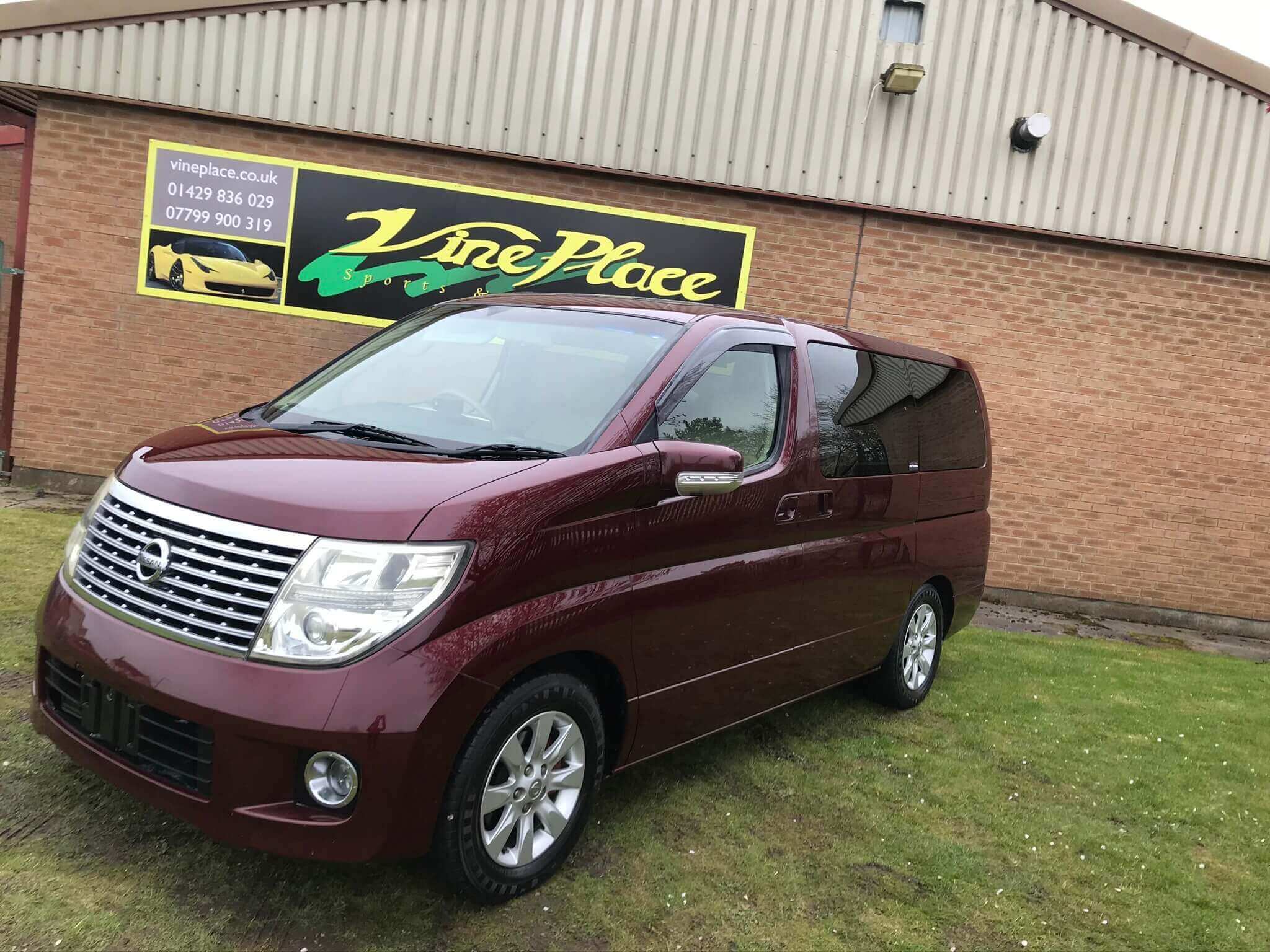 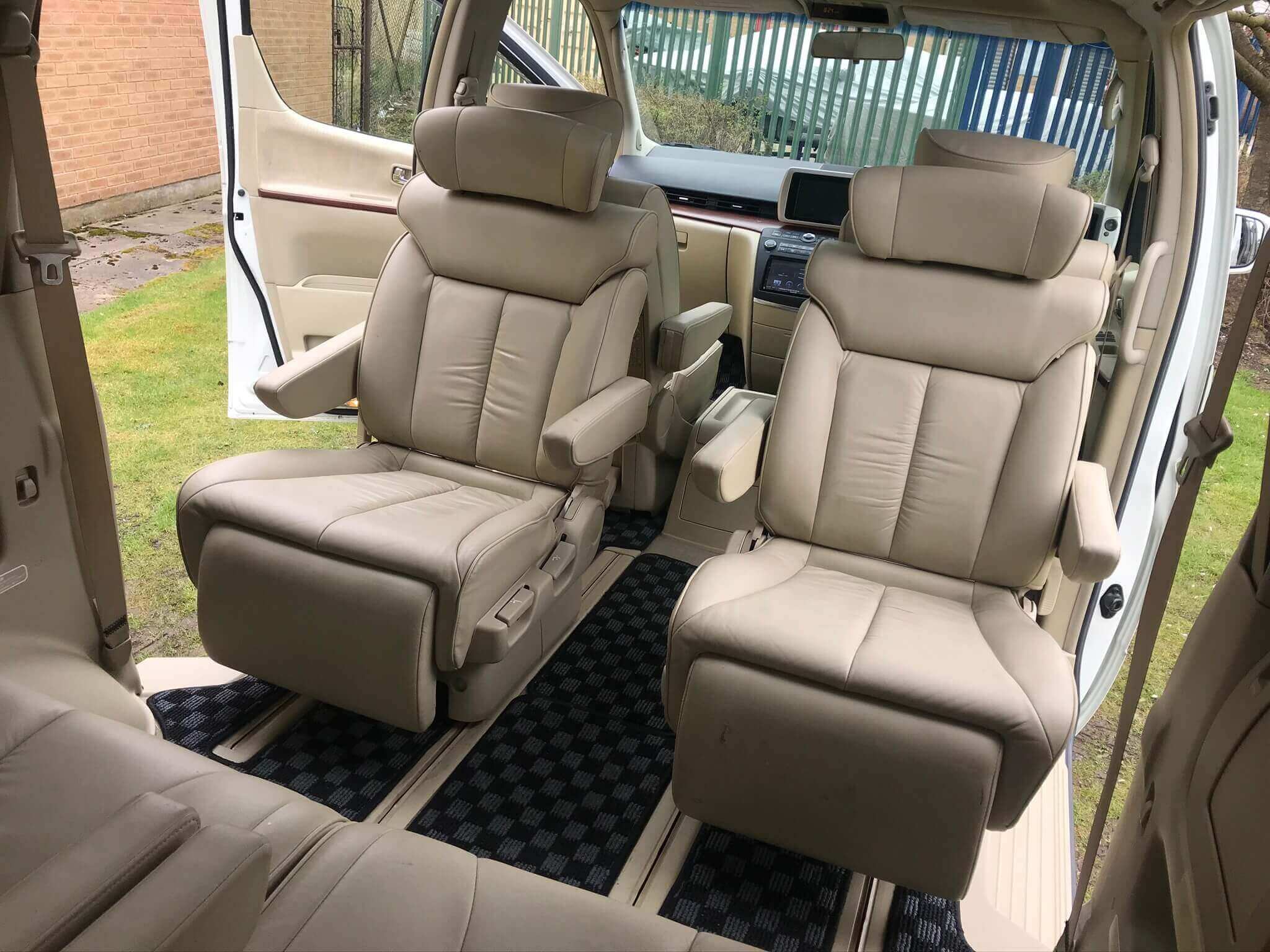 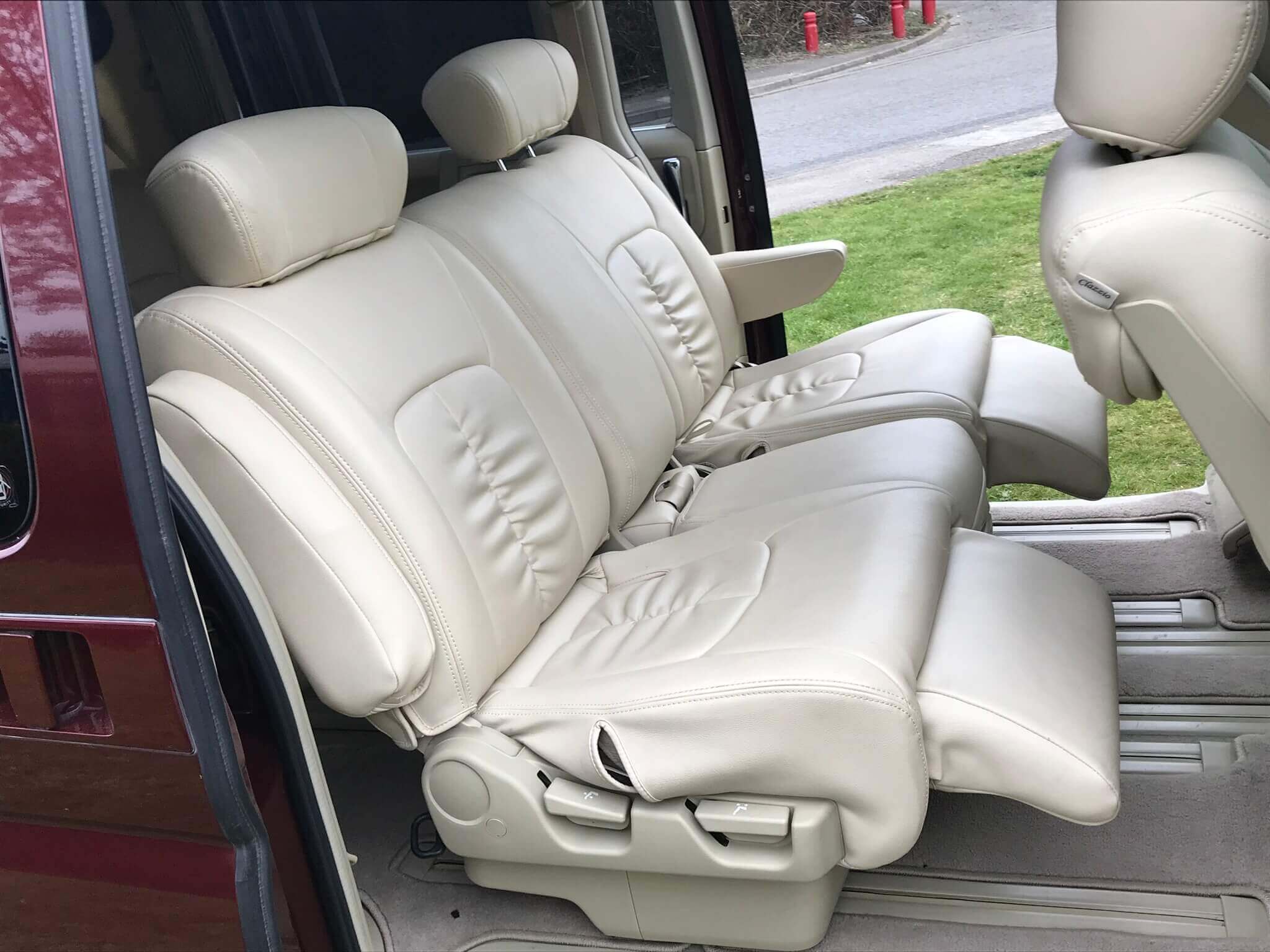 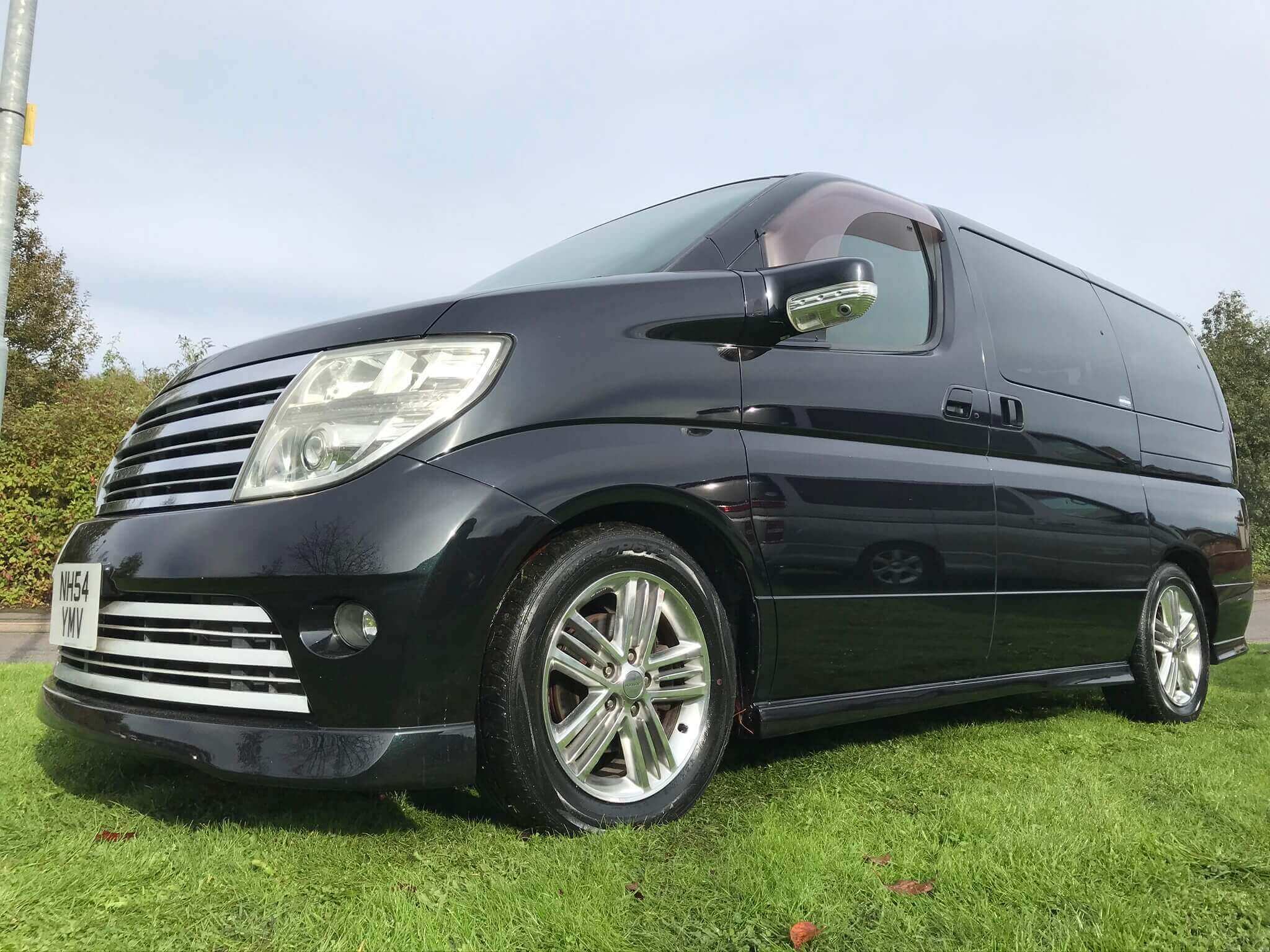 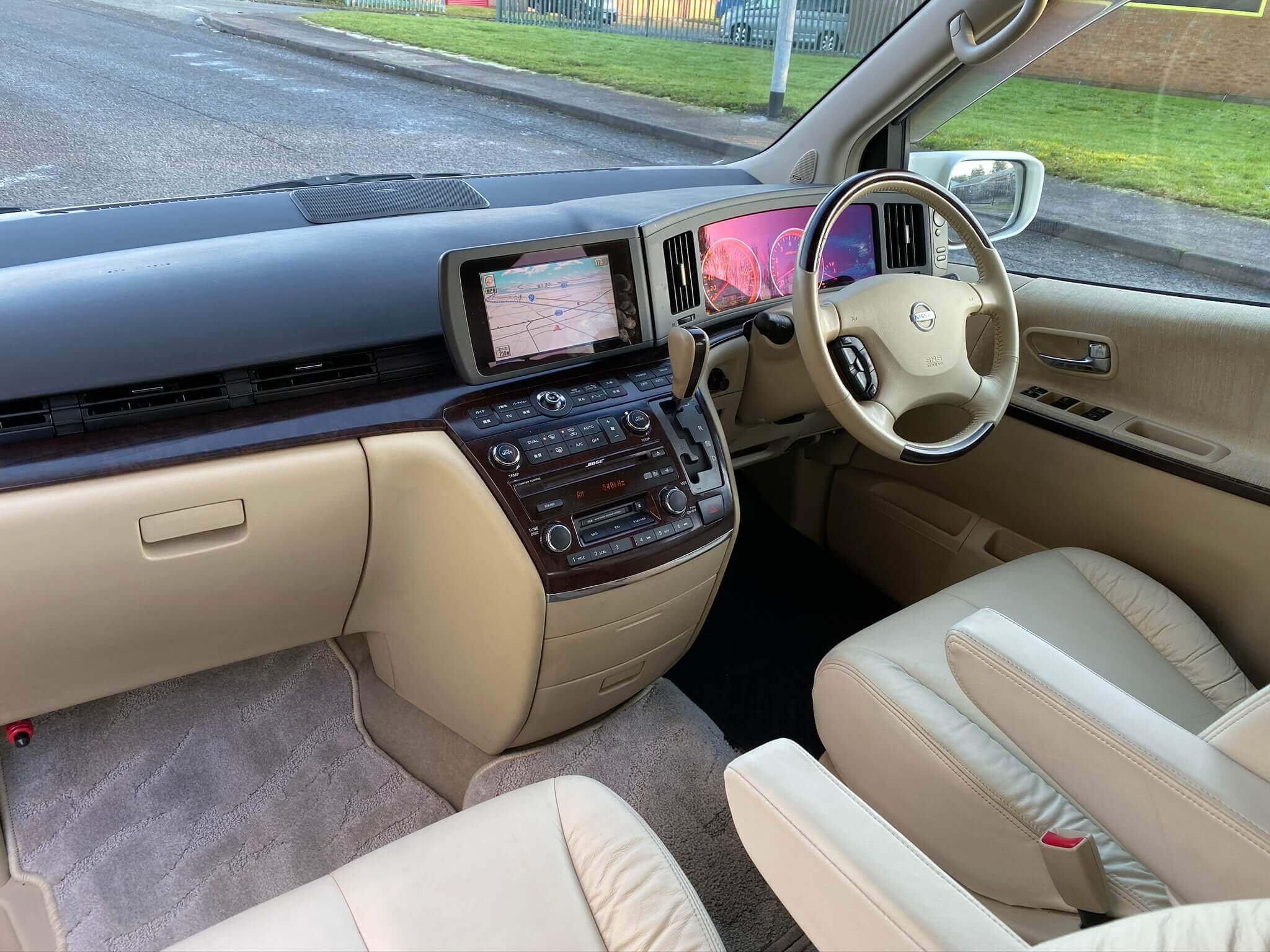 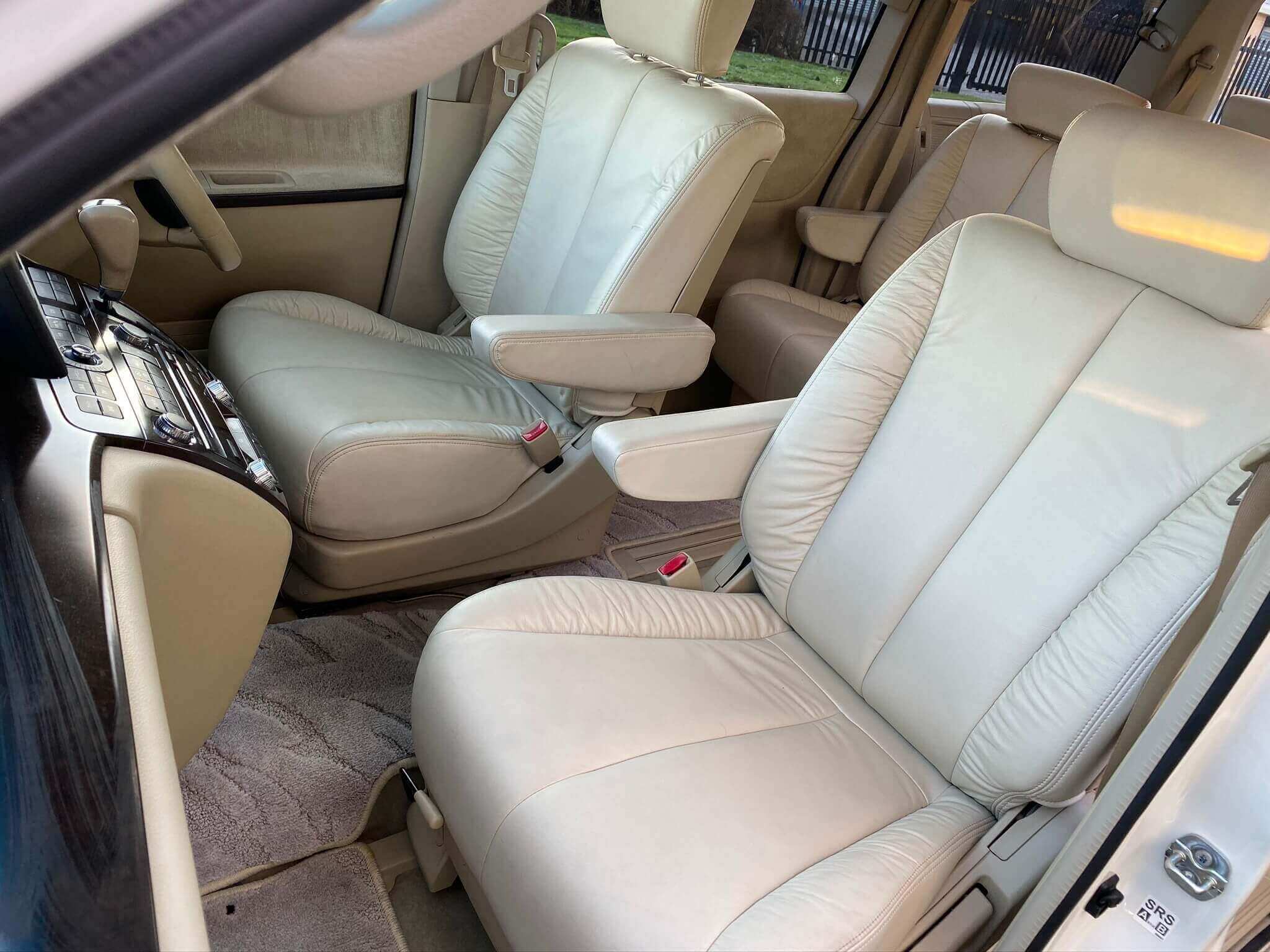 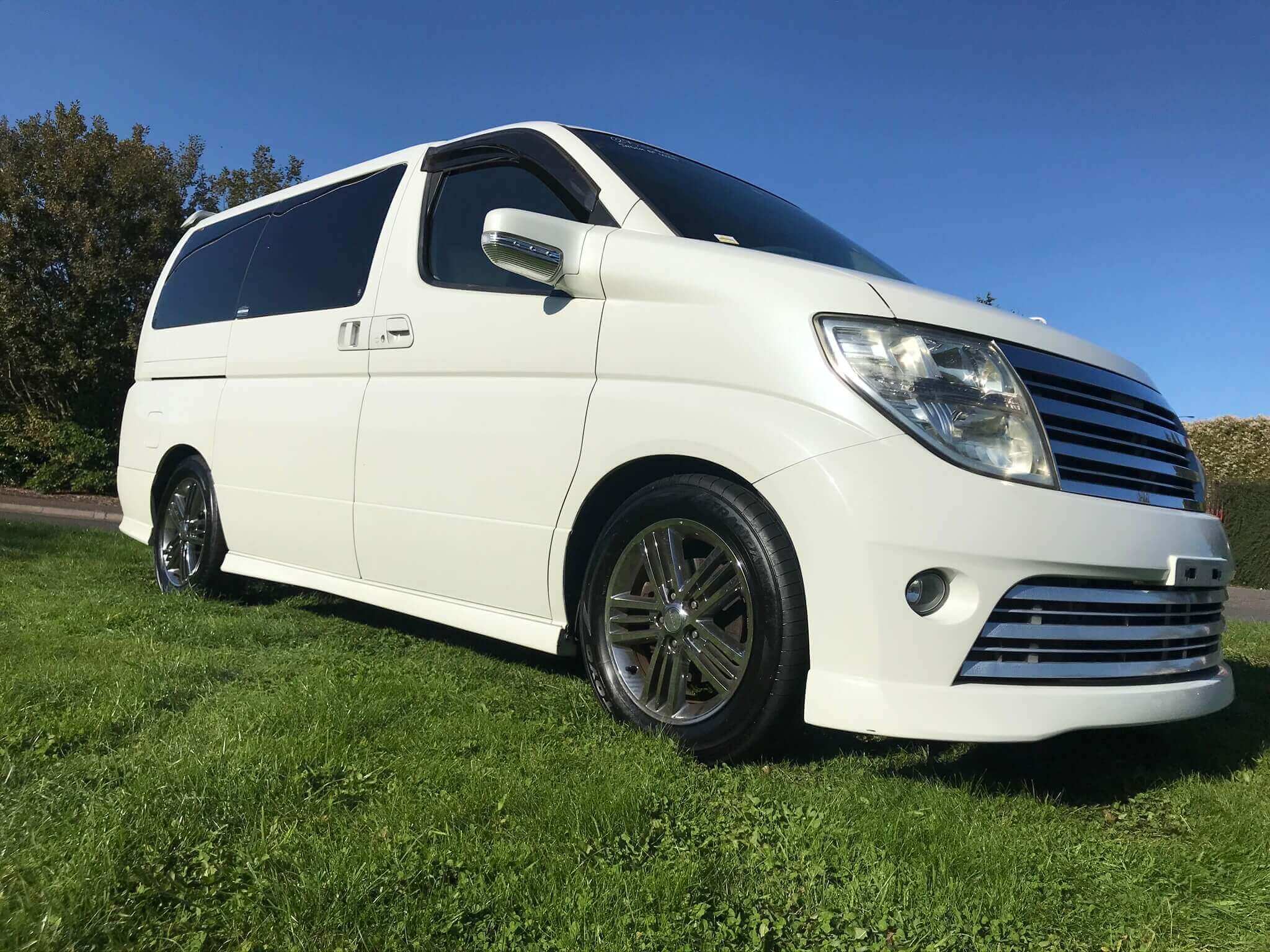 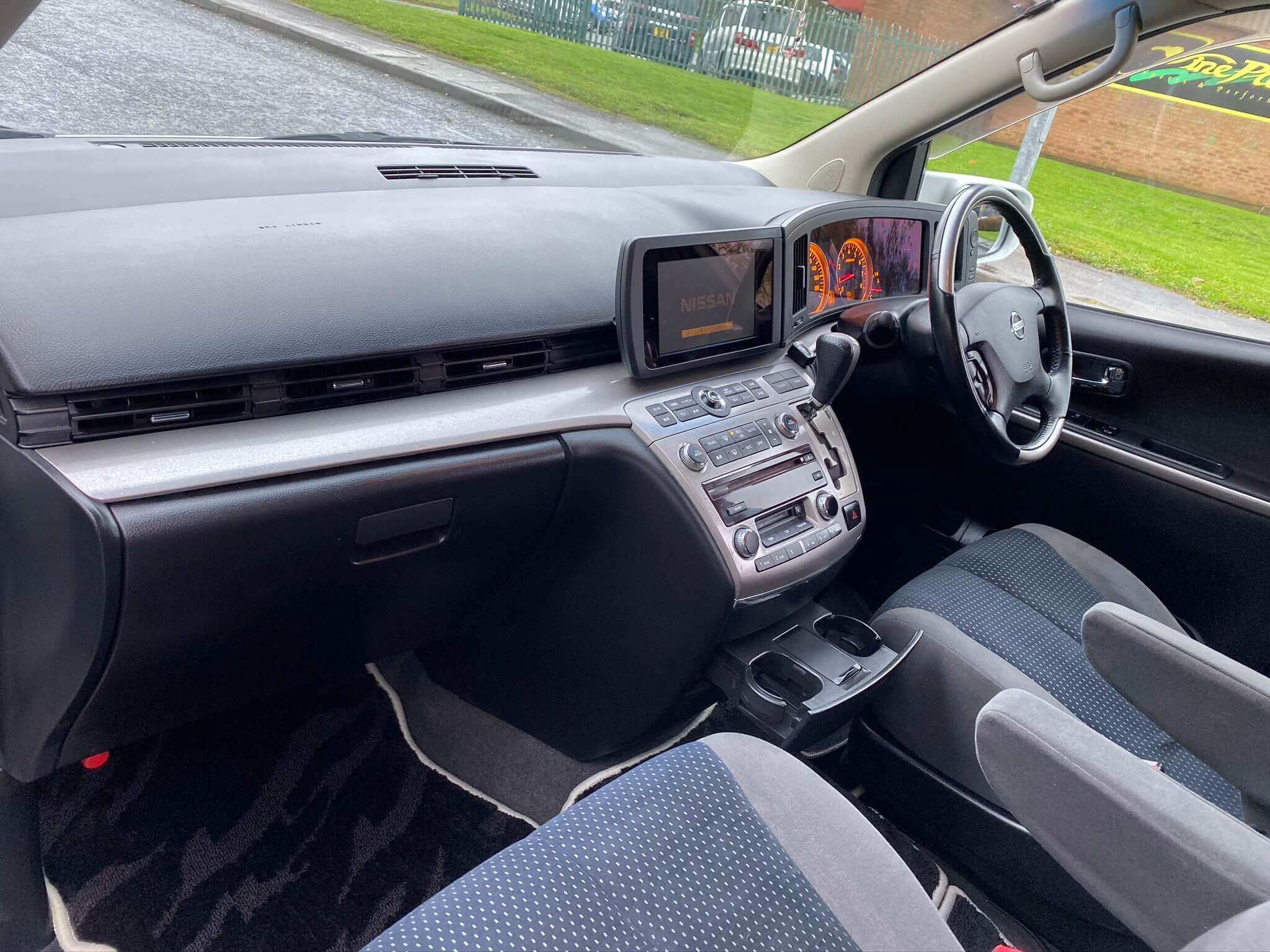 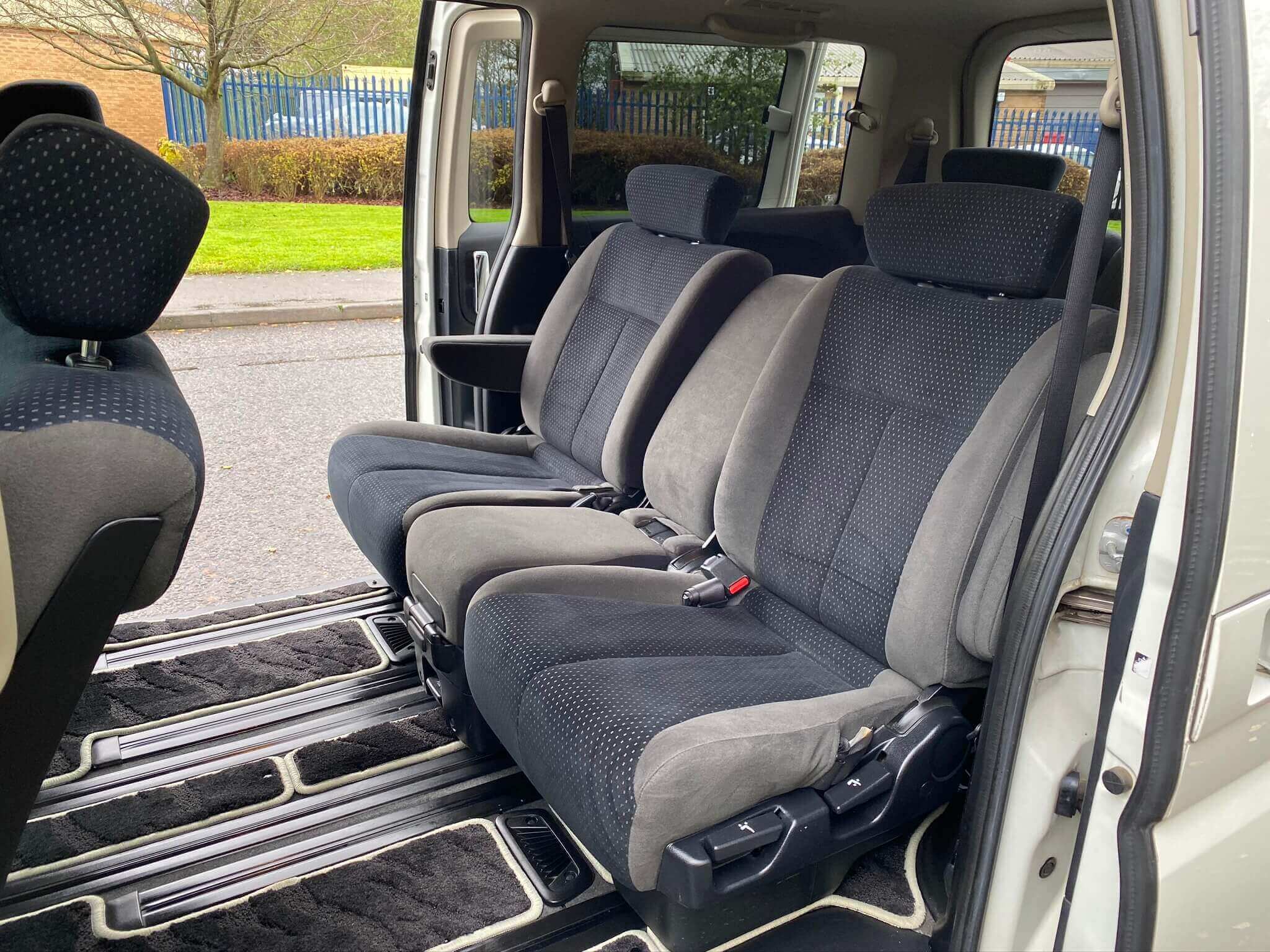 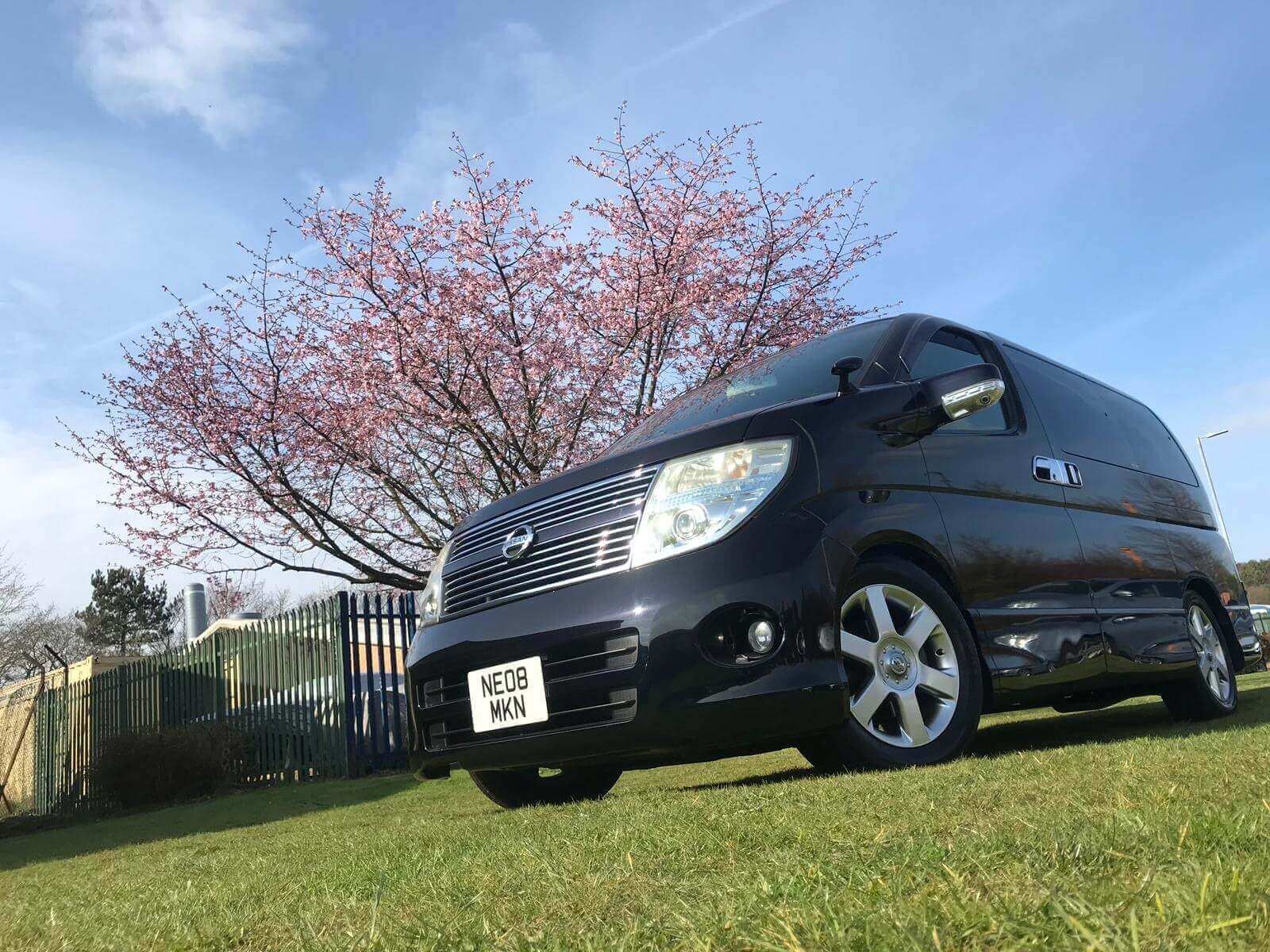 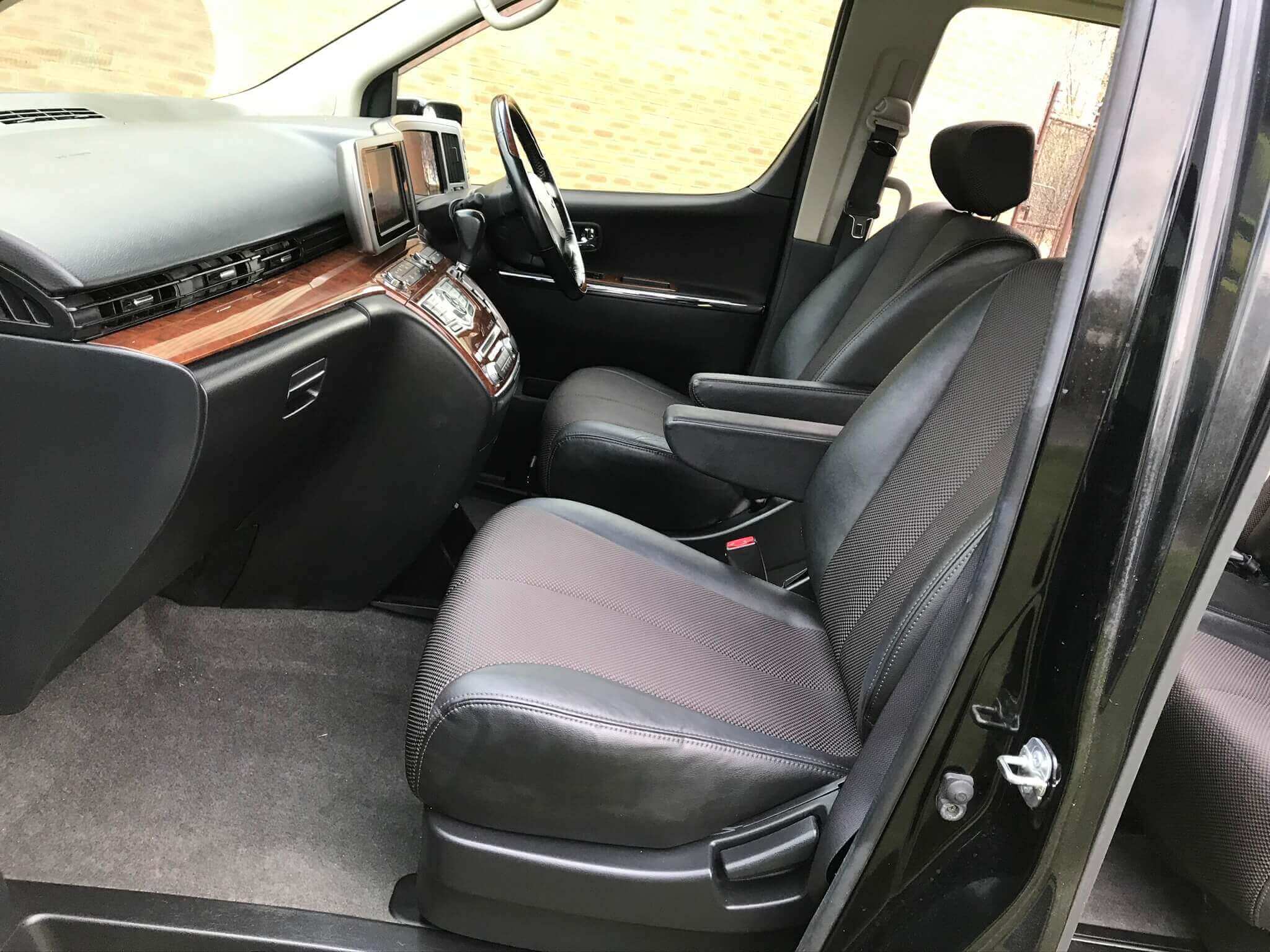 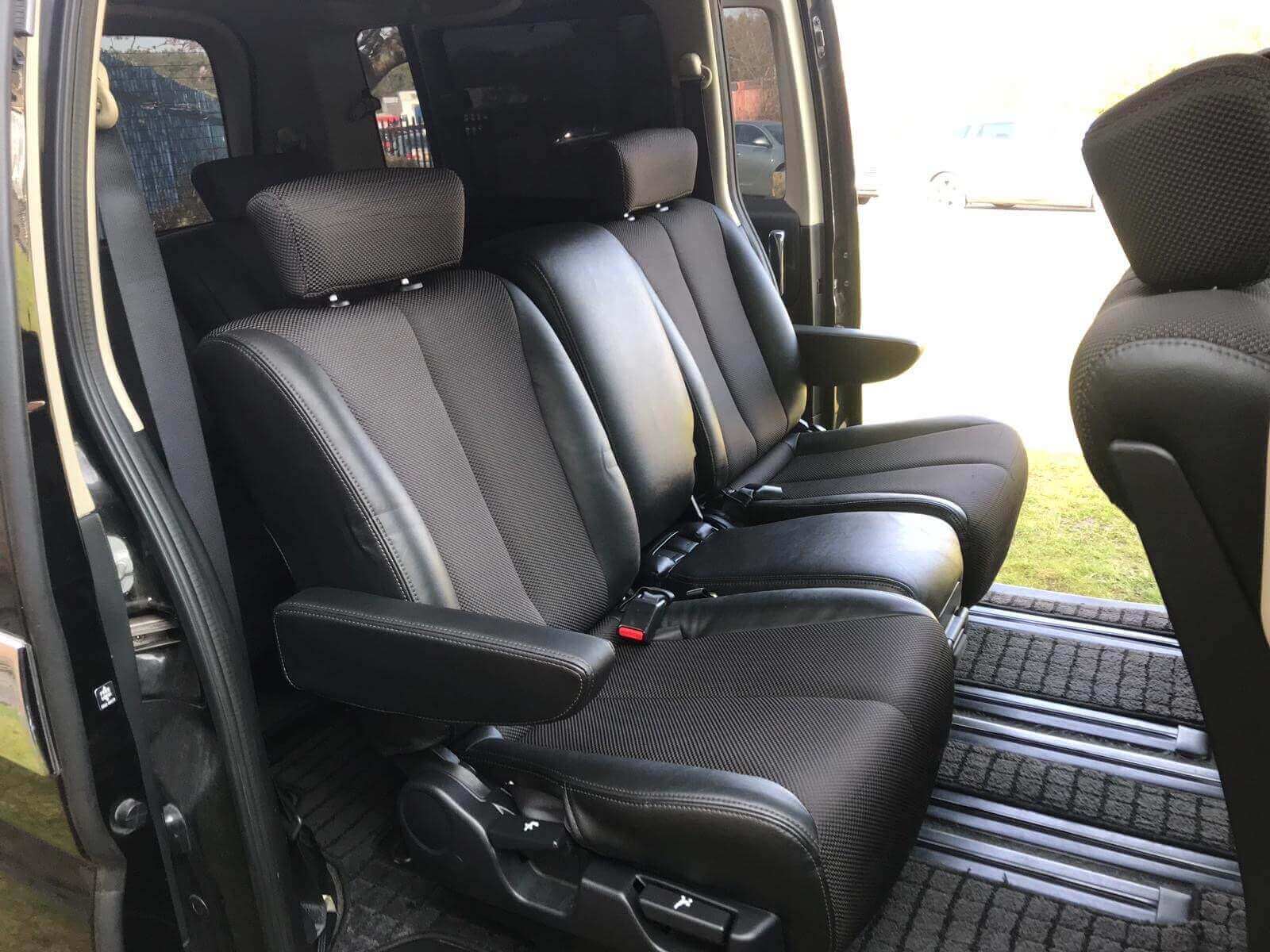 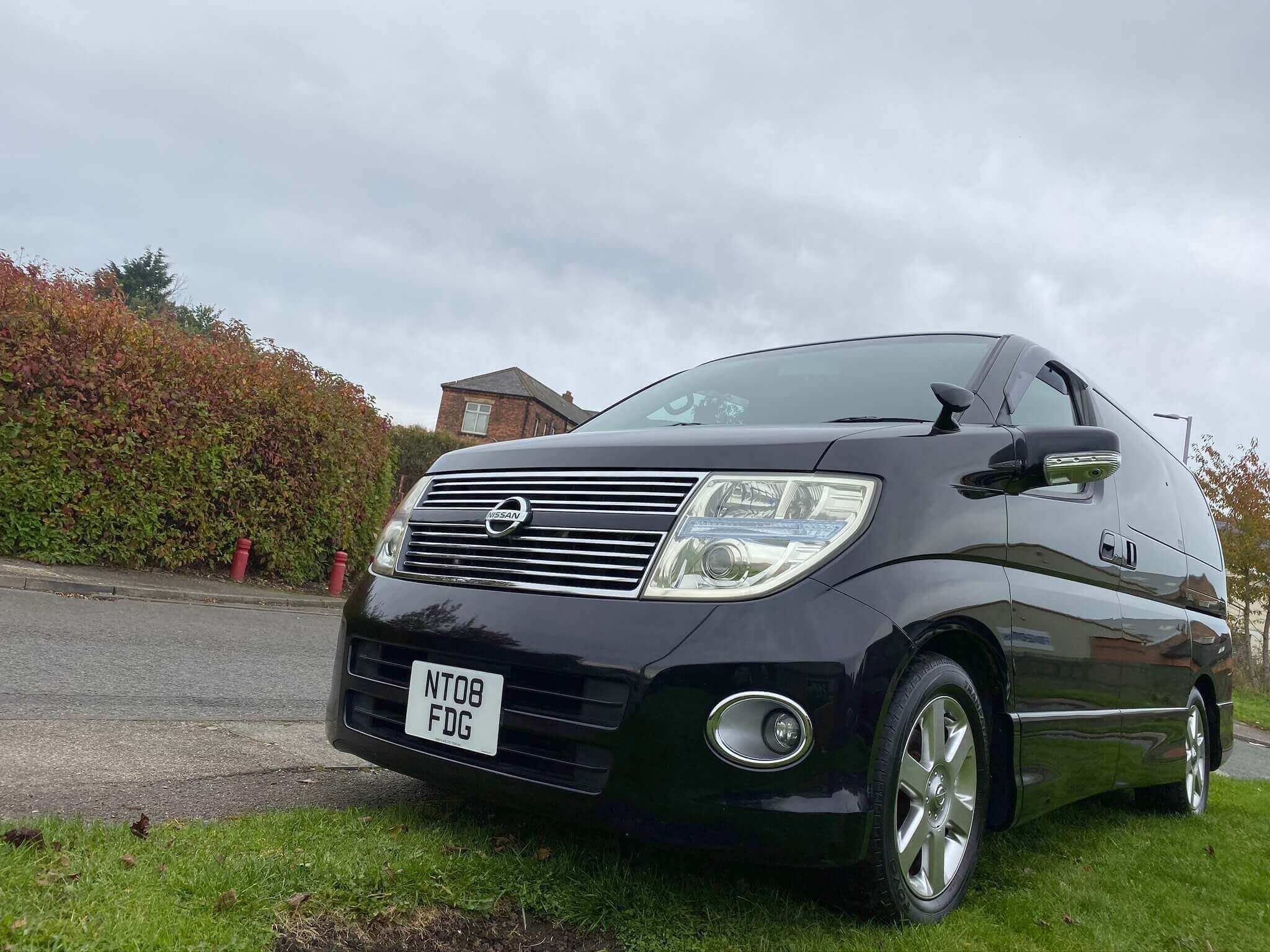 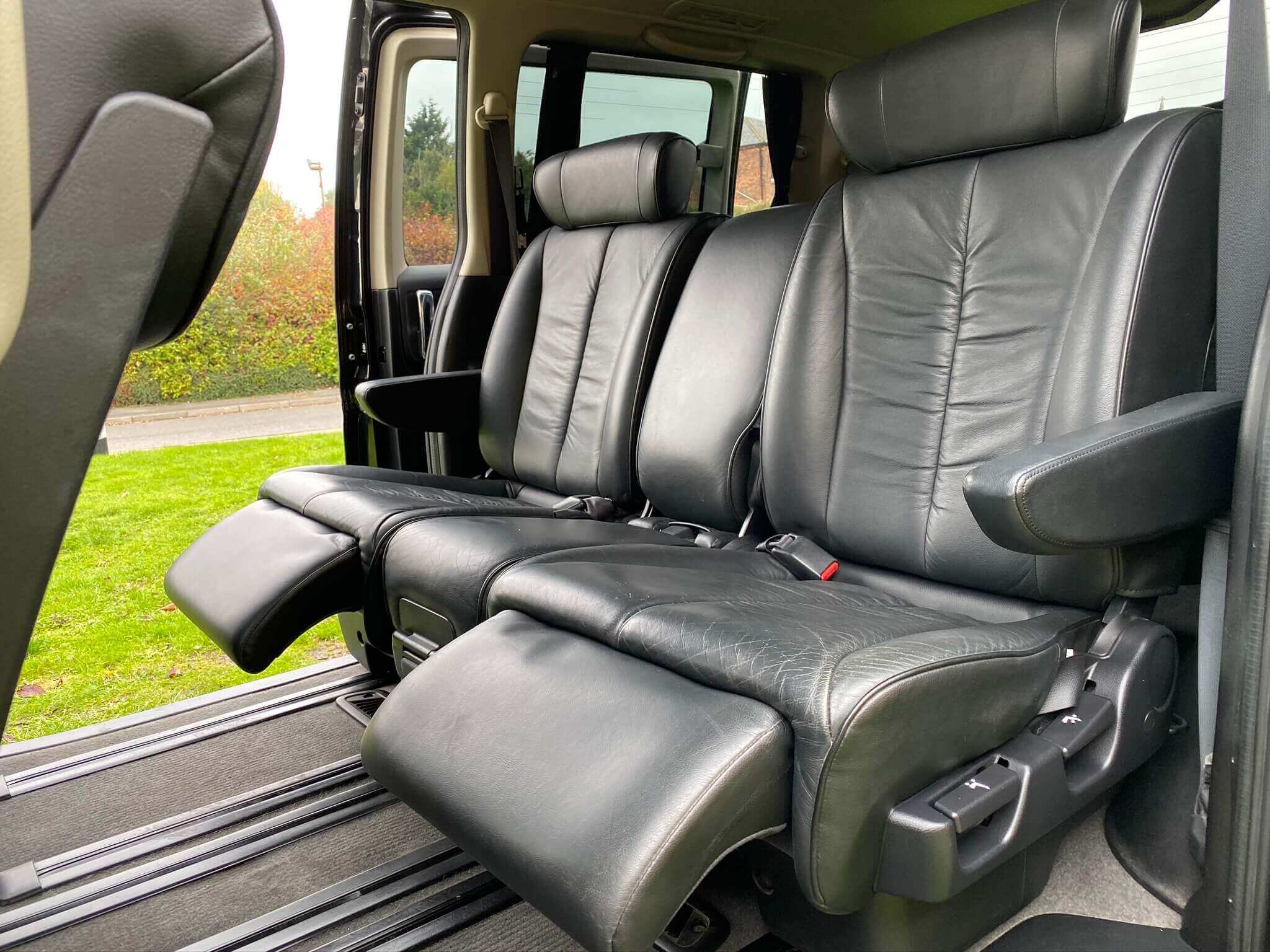 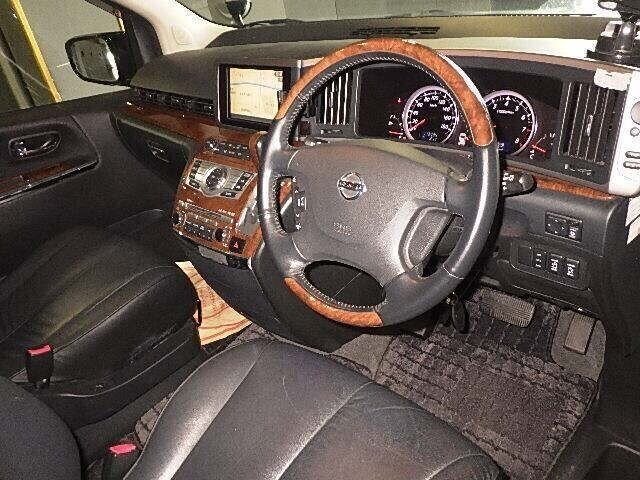 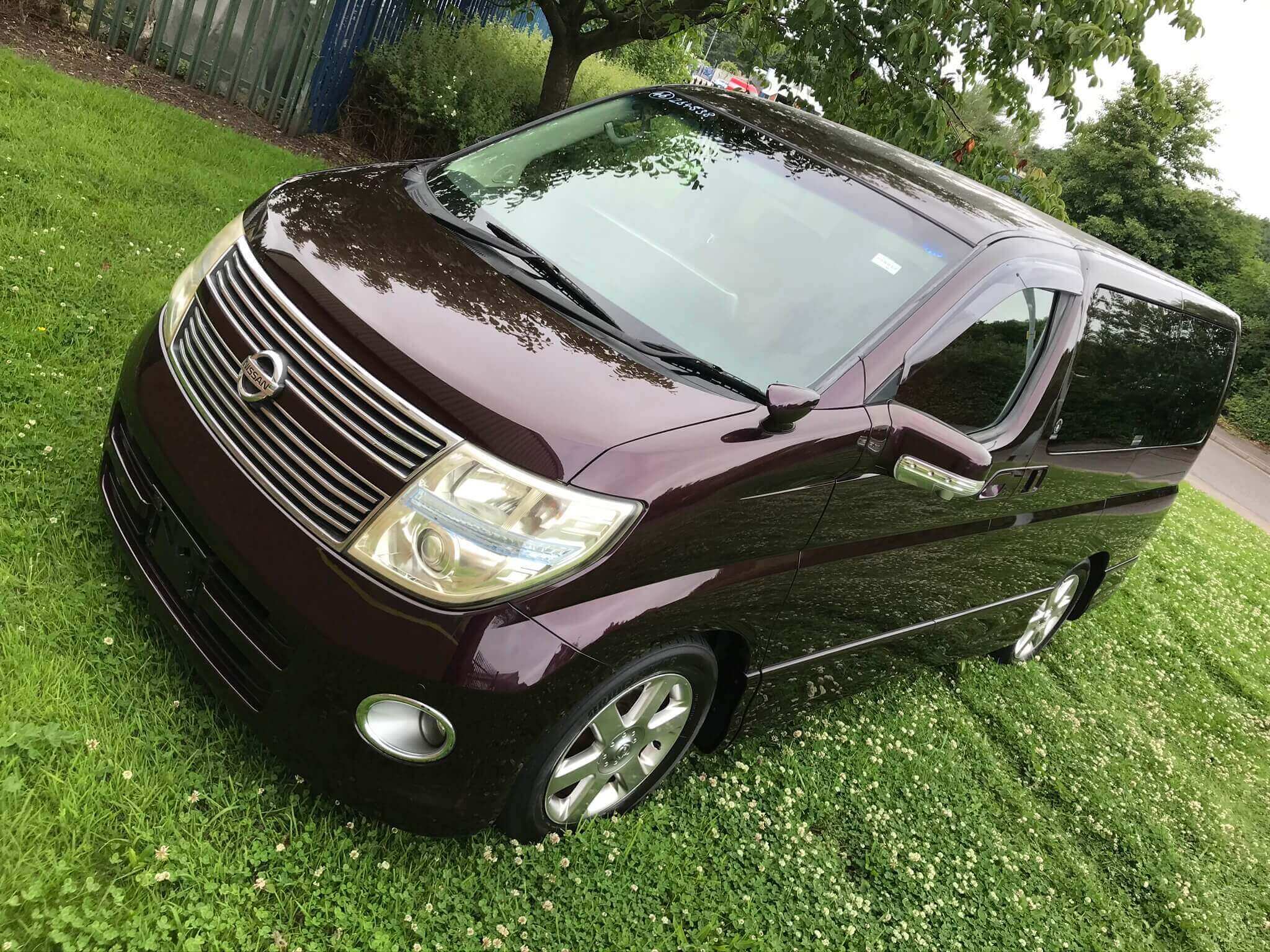 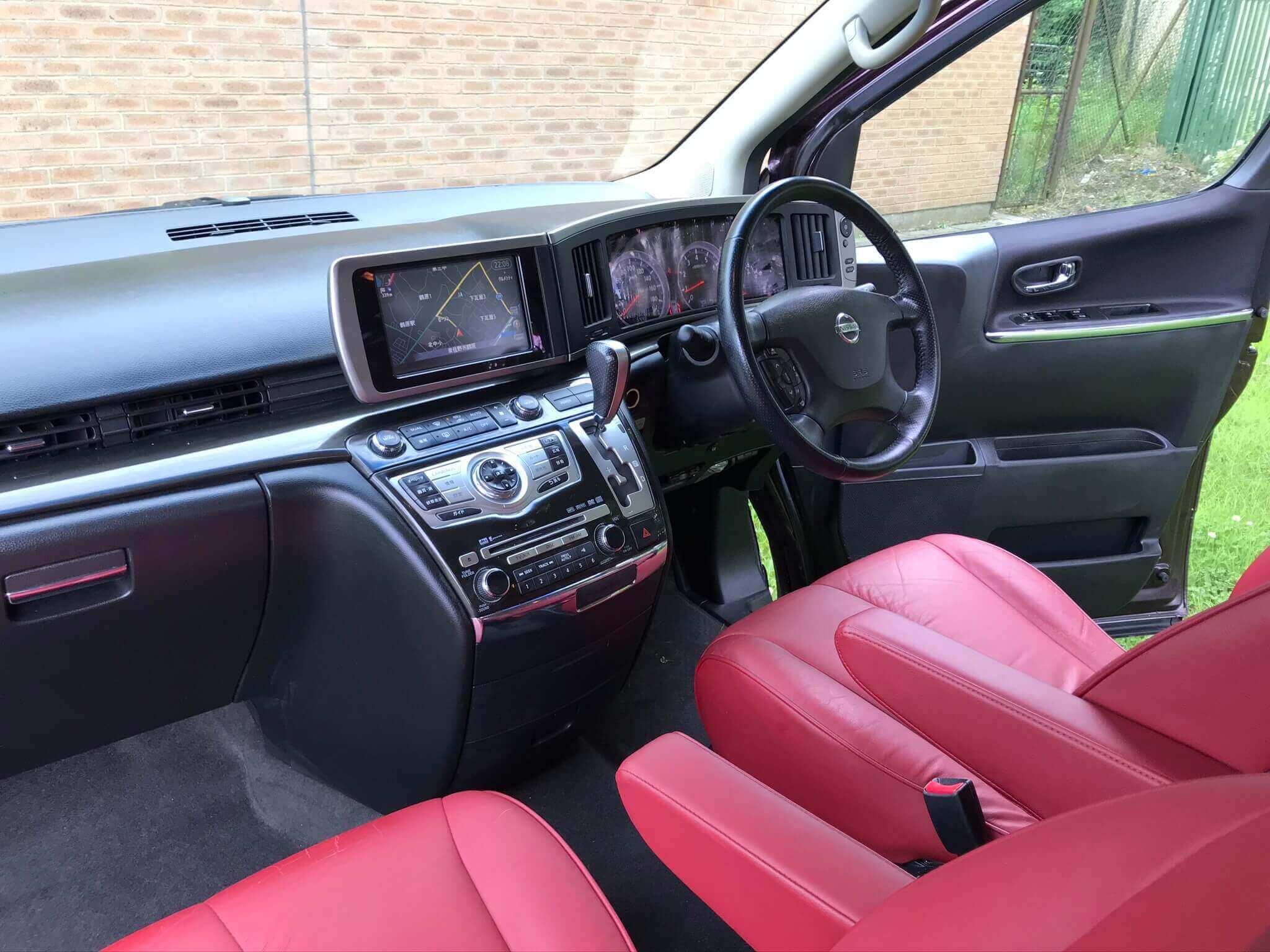 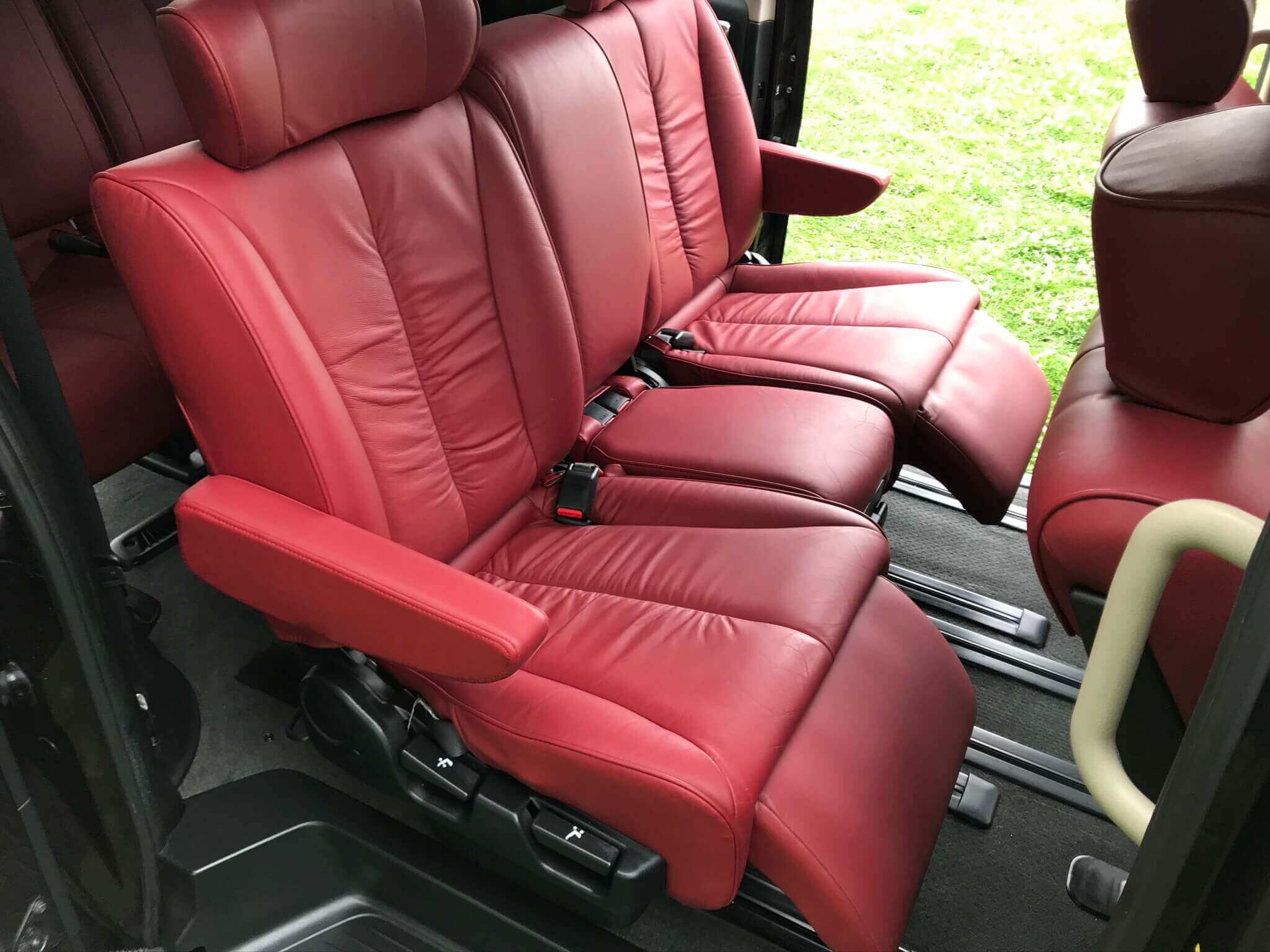 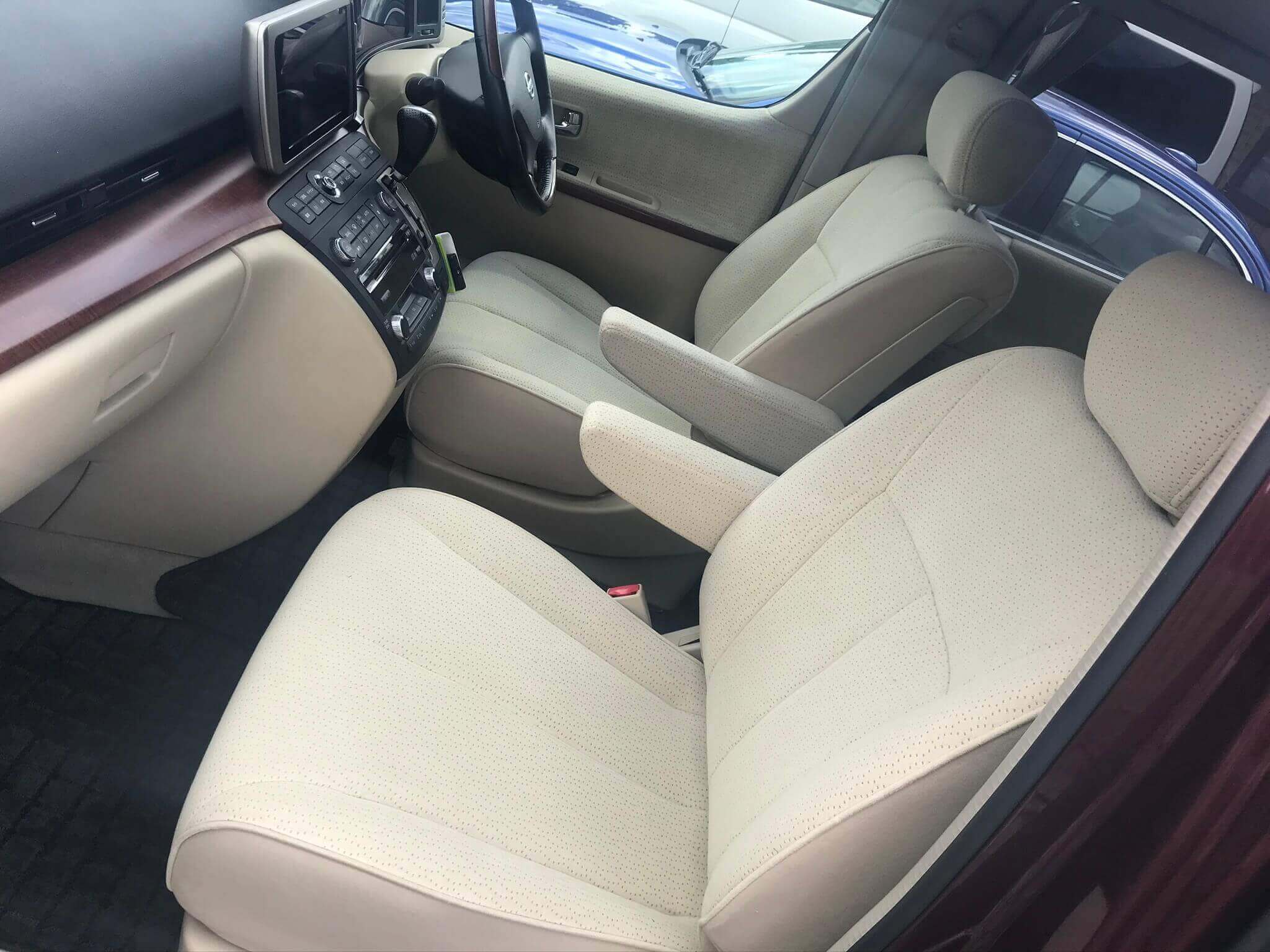 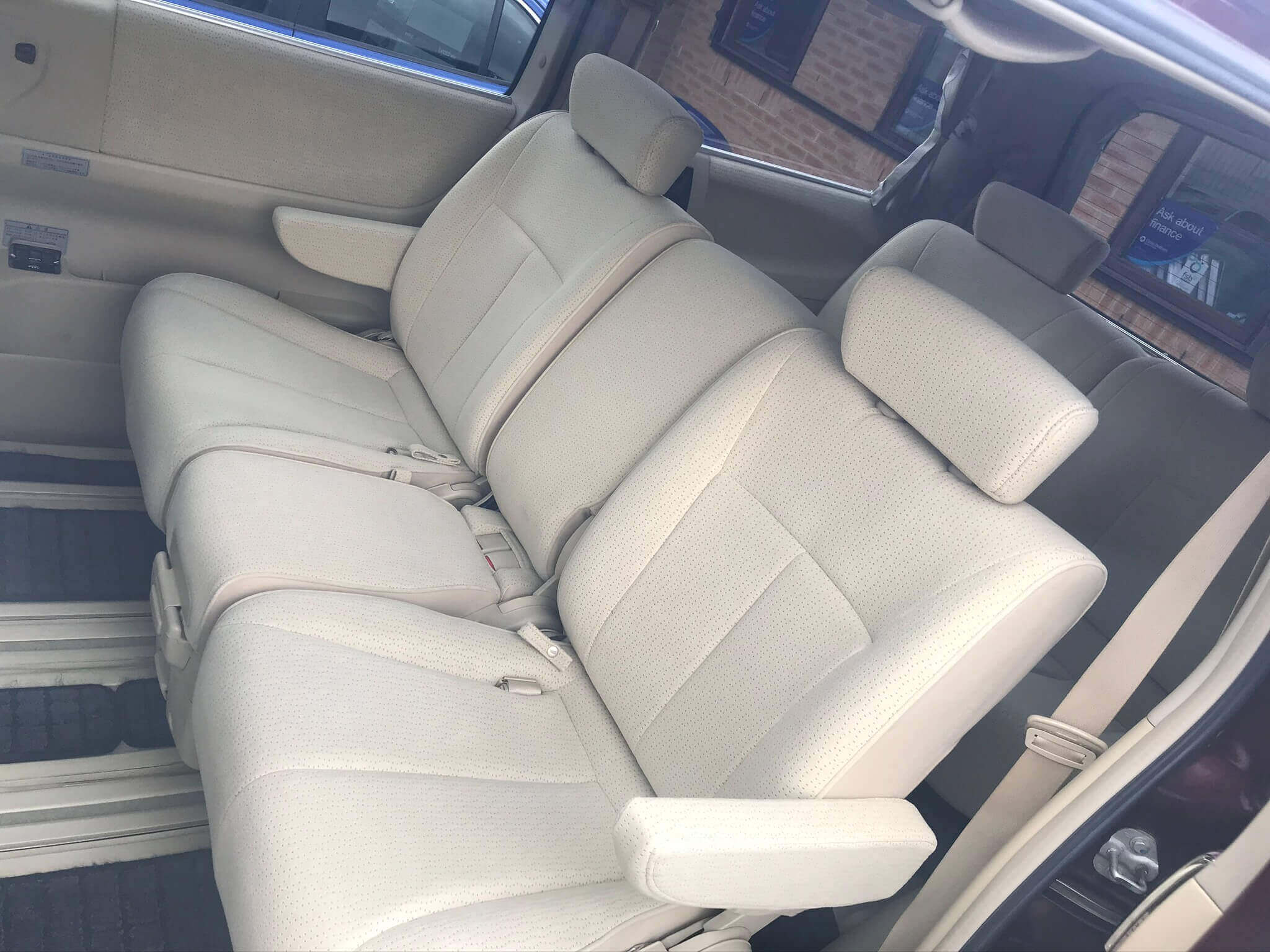 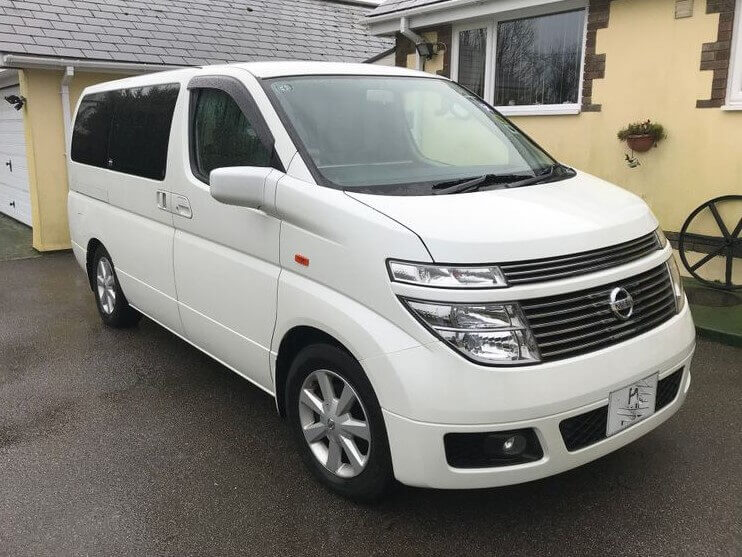 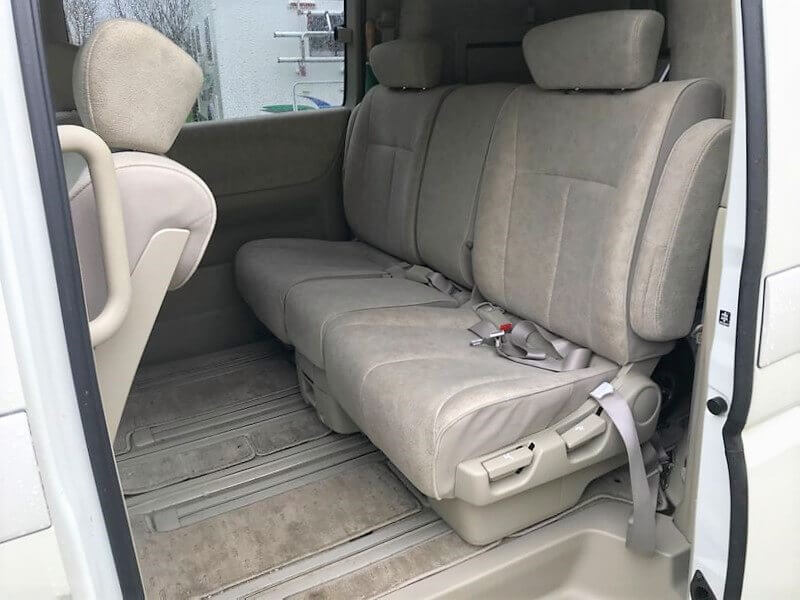 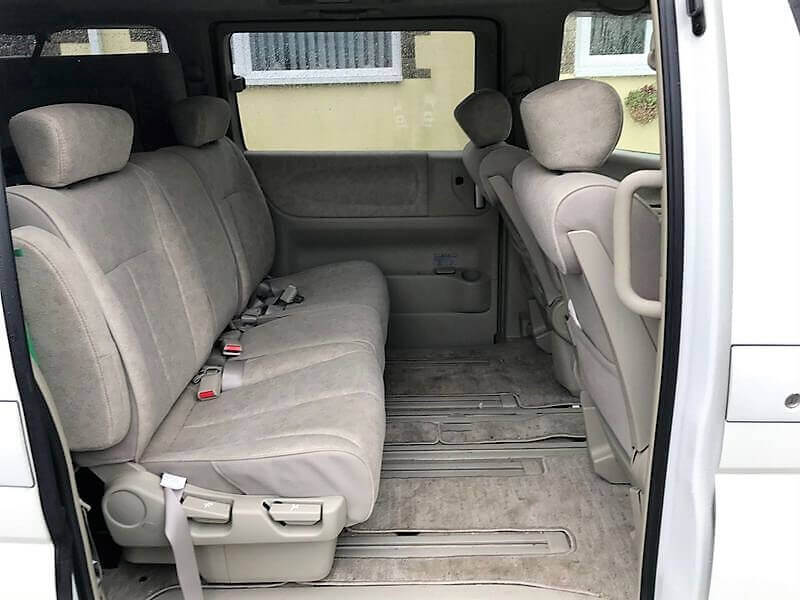 While we occasionally do get cars lower in the range, especially if we find a very low mileage car, the low difference in overall cost means that we concentrate on the higher up the range cars.

We are experience in both importing......

In any business experience is the fundamental key to success. We started importing in 1996 with a Toyota MR2 Turbo our first Japanese Imported Car. We have now imported many thousands of vehicles. We research each model of vehicle thoroughly and determine that parts are readily available, insurance companies are happy to take on the model and that our finance partners are willing to finance the car.

When an Elgrand arrives we make sure catalytic converters are de-cored, MPH speedometers are fitted as are fog lights and that the car is undersealed. We convert the car so that it is Bluetooth phone compatible and will stream music. The car is then MOT tested, serviced and brakes and wishbone bushes checked and serviced as required. Any paintwork and interior reconditioning is carried out while the paperwork is at DVLA awaiting registration.

:Hi Dave, I wanted to say a big thank you for the way you have looked after me during the last months. I bought a BMW Z4 from you last year and have had a great deal of pleasure from driving it. You and your team went beyond what was contracted to ensure that I had an enjoyable experience with the car. You always went out of your way to ensure that the reputation of Vine Place was upheld, even at cost to you. I will always be grateful. Best Regards Bryan
Bryan Wall

Search for a vehicle

We use cookies to help our site function correctly and to understand how it is used. By clicking "I understand", you agree to us doing so. You can find out more about cookies and how to manage them in our Cookie Policy.